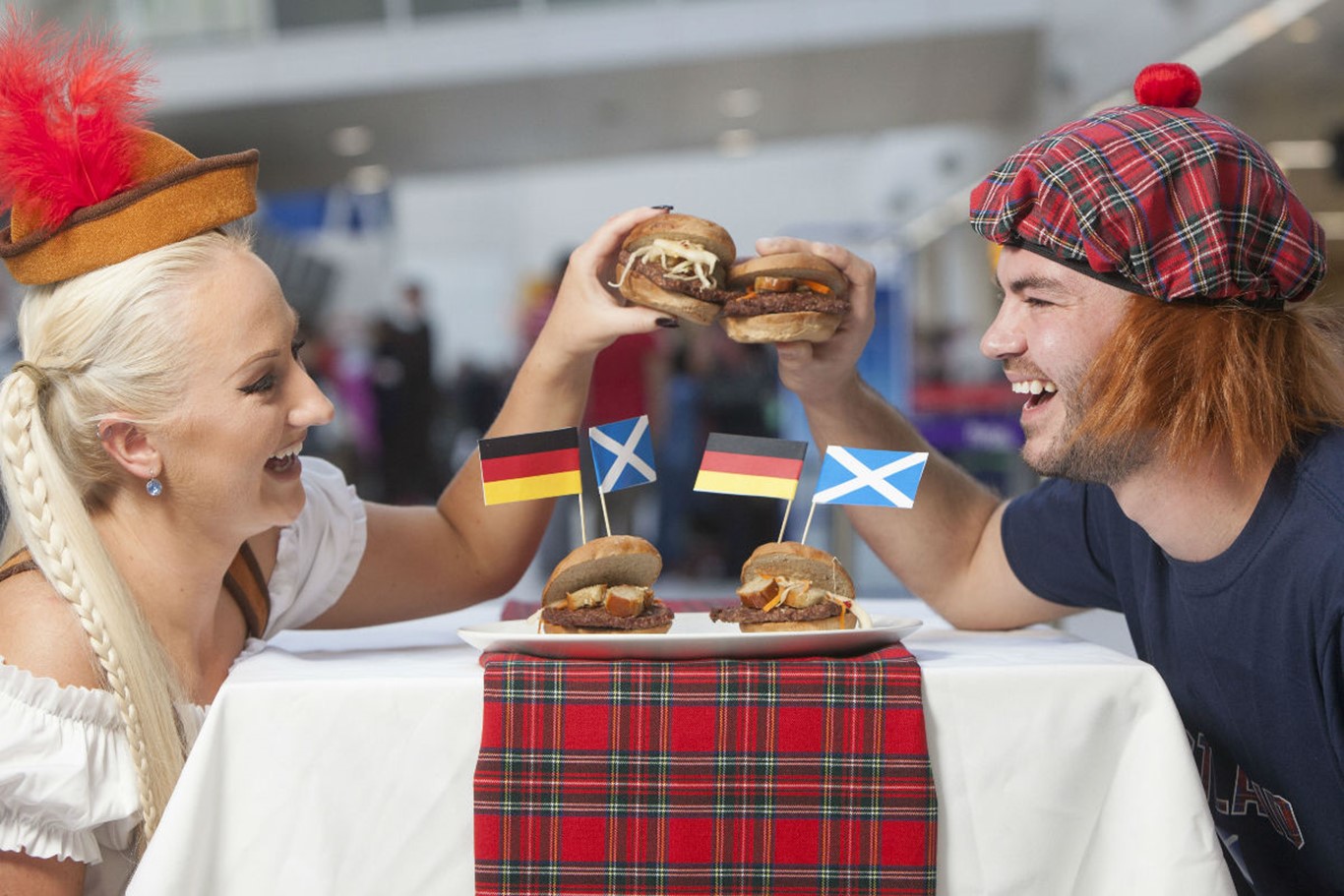 The first passengers on the Lufthansa route will be Munchen down the tasty treats today and can wash it down with one of Scotland’s most popular German beers. The airport chefs behind the culinary cross-over are hoping that the discerning Bavarian guests won’t think square sausage is the wurst they’ve tried.

A spokesperson for Glasgow Airport, said: “To celebrate the arrival of the first flight from Munich we asked our chefs to come up with something tasty to link two dishes synonymous with both Scotland and Germany.

“Rather than attempt tablet-flavoured stollen cake, the team came up with rolls and square-wurst, a mix of Scottish square and German sausage, served with five-day fermented sauerkraut in a brotchen bun.” 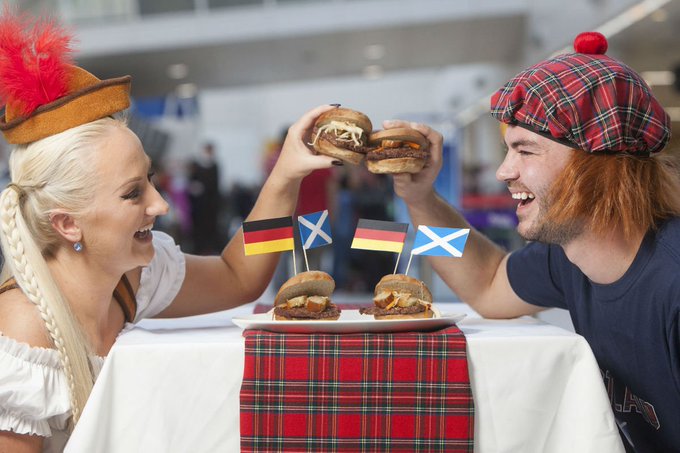 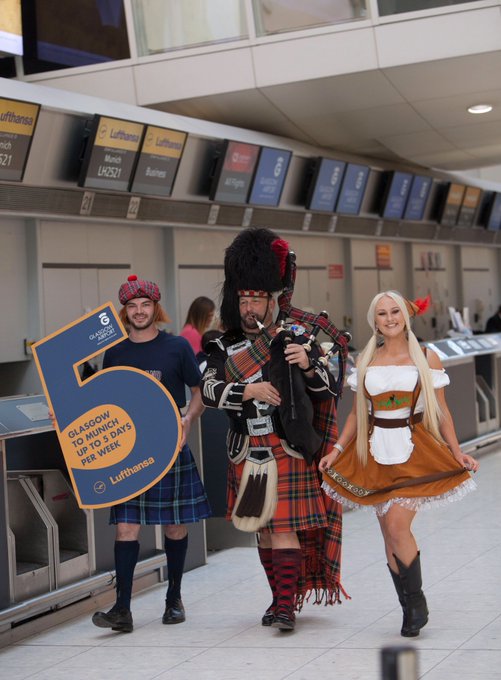 As well as fresh food prepared by chefs at the airport’s Scotland & Sea eatery, which will also include haggis bon-bons, mini-black forest gateaux and lebkuchen cookies, arriving passengers on the first inbound flight will receive a goodybag with a WEST tankard and a bottle of St. Mungo beer.

Lufthansa’s Munich route will operate four times per week during the winter season, moving to daily flights in the summer. The previous Glasgow to Munich operated once weekly during summer during the summer season only.

Lufthansa has also announced a new direct route from Glasgow to Frankfurt starting in March 2018.