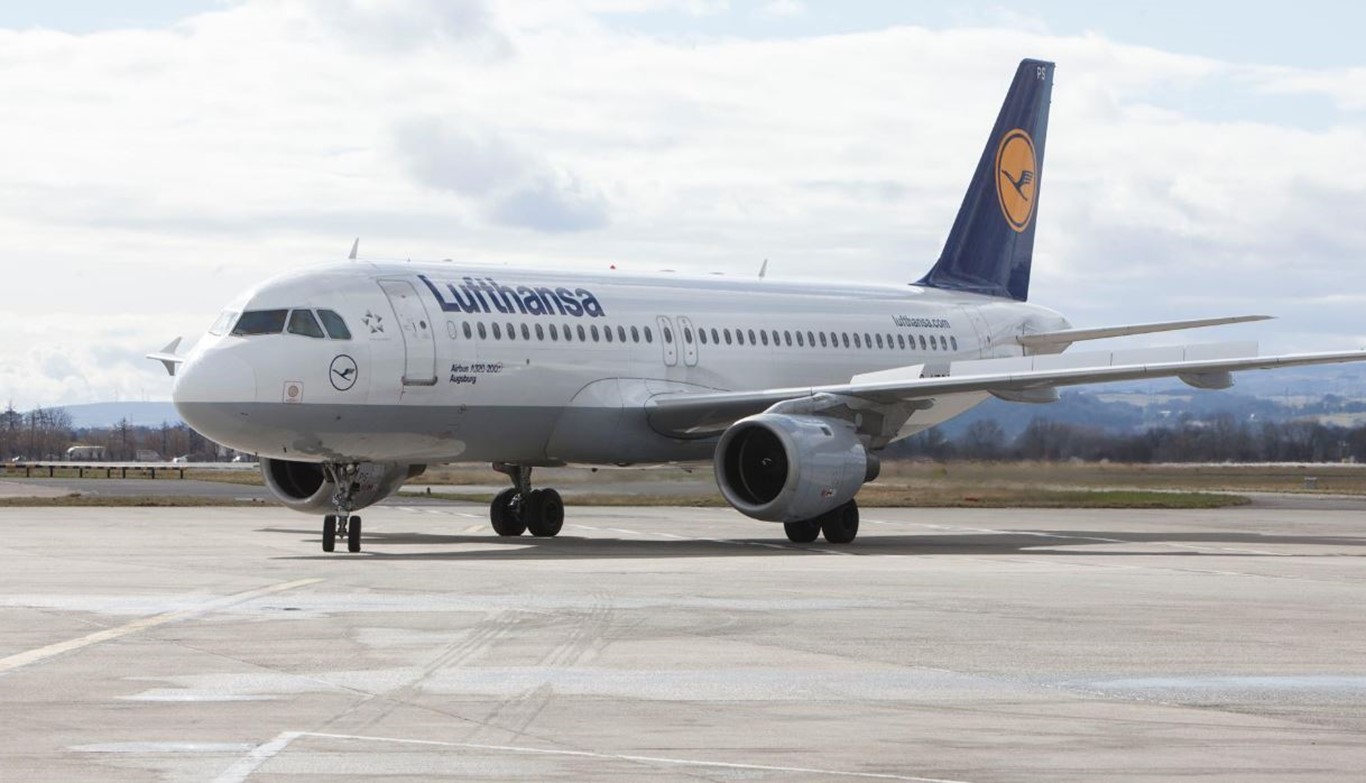 Lufthansa's popular Frankfurt route will increase to a double daily service from Sunday March 29 next year.

Operated using the one of the German flag-carrier’s modern fleet of Airbus A320 aircraft, the introduction of a morning service will increase capacity on the route by an addition 65,000 seats.

The convenient times of the new morning service will also provide passengers with even greater access to one of Europe’s financial capitals as well as onward connections via the city’s hub airport to dozens of destinations across the globe via the Lufthansa network.

With approximately 60% of the total passenger numbers inbound from Frankfurt, the additional service will also significantly boost tourism to Glasgow and further promote the city as a gateway to Scotland for German and connecting visitors.

Paul White, Glasgow Airport’s Head of Aviation, said:  “Lufthansa’s decision to add a second daily rotation to the Frankfurt route is great news for Glasgow Airport and the growing number of passengers using this popular service.

“The route has performed very well following its introduction last year and this move to introduce an additional morning daily service will continue to link our business and leisure passengers with two wonderful cities that share much in common.

“Frankfurt is one of the Lufthansa’s key international hubs and the timings of the morning service brings with it even greater connectivity to dozens of important destinations across the globe including Europe, North America, Asia and the Middle East.”

The introduction of the additional daily service strengthens Glasgow Airport’s European connectivity and enhances its links with Germany, which includes the Lufthansa-operated summer service to Munich. Other German cities served by routes from Glasgow Airport include Dusseldorf and Berlin.

Andreas Koester, Lufthansa Group Senior Director of Sales in the UK, Ireland and Iceland, added: “We are thrilled to announce the introduction of a second daily service from Glasgow to our Frankfurt hub, for summer 2020.

“By listening to the demands of the NW consumer, the route will not only provide overnight options for business travellers but also facilitate ease of onward travel to over 177 connecting destinations. The UK is a vital market for us and we recognise the importance of reinforcing our commitment in this region and are delighted to be able to do so.”

“The expansion of Lufthansa’s service from Glasgow to the international hub at Frankfurt and ongoing connections worldwide is vital to our exporting companies, while Germany itself is an important market for Glasgow and the largest economy in Europe.

“This double daily to Frankfurt is just the latest coup by the Glasgow Airport management team, and we should all recognise their remarkable success, especially in these uncertain times.”

“Many Germans tell us they have either dreamed of visiting Scotland or are already avowed Scotland fans. Being one of our near European neighbours, there is considerable opportunity to encourage their repeat visits, and increased capacity into Glasgow year round will make an important contribution to further unlocking this opportunity out of season as well as in.”