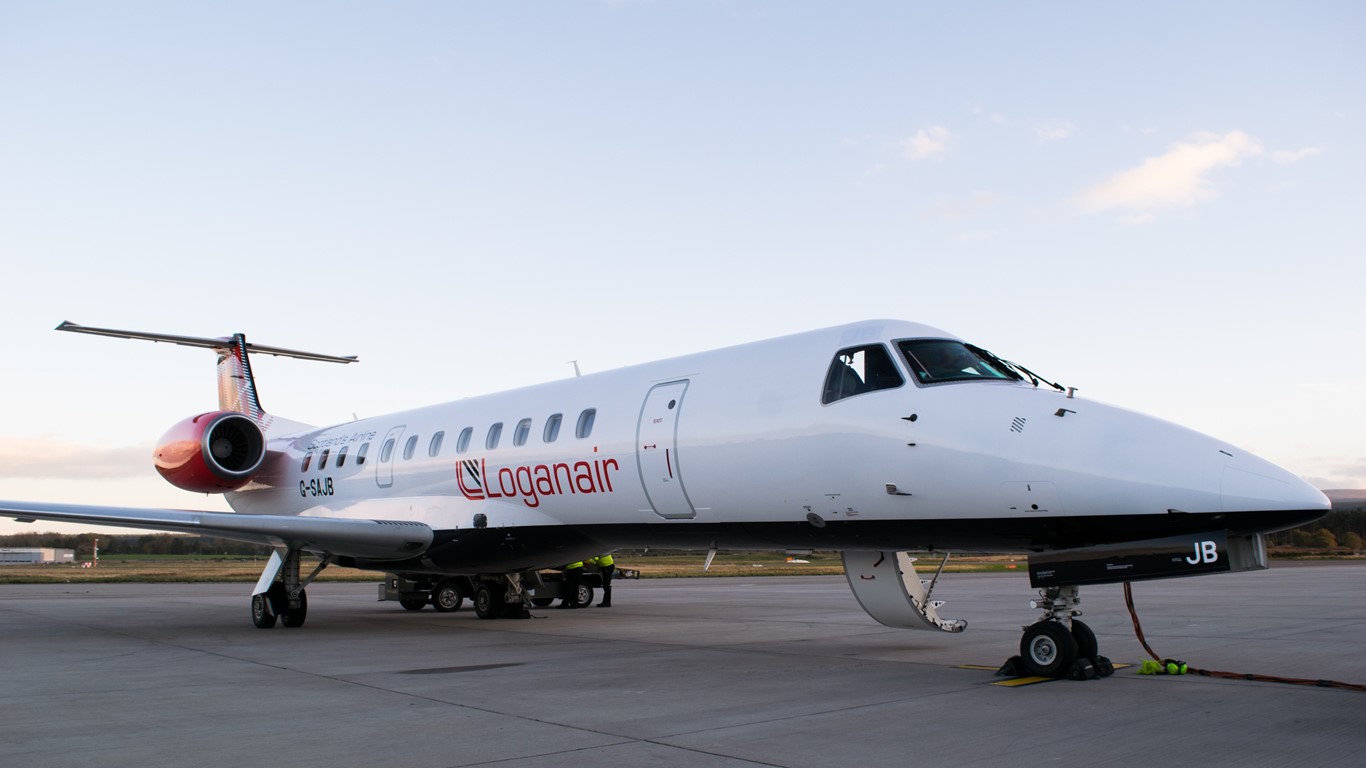 Scotland’s Airline Loganair is to take over a key route linking Glasgow with East Midlands from Sunday 27 October.

The airline has stepped in to take on the route, used by over 90,000 travellers each year, maintaining vital connectivity between the West Coast of Scotland and the Midlands for businesses as well as family links and tourism.

There will initially be two flights from Glasgow per weekday –operated by a 49-seat Embraer Regional Jet which prove popular with Loganair’s customers – plus weekend flights.

Early in the new year, Loganair will upgrade the Glasgow-East Midlands service to three flights in each direction per weekday and introduce a further-enhanced customer-friendly timetable on the route, enabling business travellers to enjoy a working day in either destination. The upgrade will take place as soon as operational resources permit.

Weekday flights will initially depart from Glasgow at 10:30 and 19:45 and flights will leave East Midlands for Scotland at 12:10 and 21:20. The flight time will be just 65 minutes, and there will be a Saturday morning flight and Sunday evening departure too.

The Friday schedule will also be amended slightly, with flights from Glasgow departing at 10:15 and 18:15, while customers can travel back to Scotland at 11:50 or 19:55.

The new Loganair services will also open up a wide range of flight connections from East Midlands to the Highlands and Islands, meeting Loganair’s flights to destinations including Shetland, Orkney, Stornoway, Benbecula, Islay, Barra, Campbeltown and Tiree from Glasgow.

Loganair’s Managing Director Jonathan Hinkles said: “We’re delighted to be announcing our expansion at East Midlands today, less than a month after our first arrival at the region’s airport.

“As well as safeguarding essential connectivity for business and leisure travellers, we’re also looking forward to enhancing our schedule from Glasgow as soon as operationally possible.

“We’re confident that the jet service, improved timetable and Loganair’s friendly service will all be warmly welcomed by regular travellers on the routes – whom we look forward to welcoming to the fast-growing Clan Loganair frequent flyer programme too.”