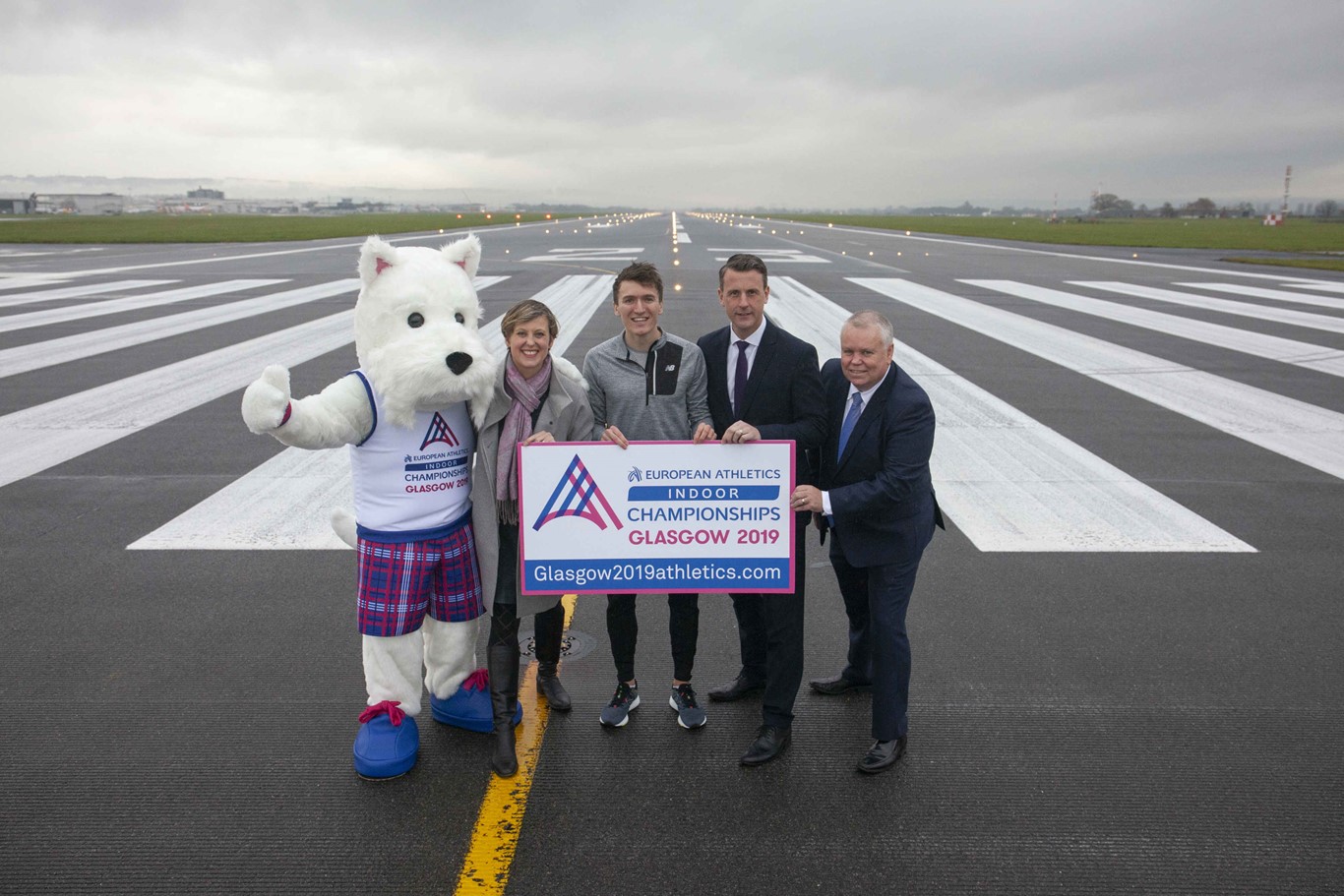 Glasgow Airport is now a proud partner of the European Athletics Indoor Championships due for arrival in the city in March 2019.

The airport will play the essential role in welcoming some of the world’s leading athletes as they descend on the Emirates Arena between 1-3 March 2019.

In the lead, up to the Championships, Glasgow Airport will proudly display its support of the European Athletics Indoor Championships 2019 with in-airport branding and spread the word of what will undoubtedly be an unforgettable event for the city.

They will also play a key role during event time as they prepare to welcome up to 600 athletes, 400 coaches and team staff from over 45 countries.

Six sessions will be competed across three action-packed days of competition, with qualifiers and finals contested every day. Medals for events such as the Women's 3000m and Men's Shot Put will be up for grabs on day one. Meanwhile, the Men's Pole Vault and Women's 400m will be among the highlights on day two, with both the Men and Women's Long Jump, 4x400m Relay, and 1500m all featuring on an exciting final day.

Mark Johnston, Glasgow International Airport Managing Director said: "The unforgettable 2014 Commonwealth Games and this year's brilliant European Championships both are just two examples of Glasgow's successful track record in hosting major sporting events and the city will once again rise to the occasion next year.

"I'm in no doubt the European Athletics Indoor Championships will be equally successful and the team here at Glasgow Airport is looking forward to welcoming the thousands of athletes, officials and supporters who will pass through our doors early next March."