The top 5 Beer Halls and Gardens in Munich 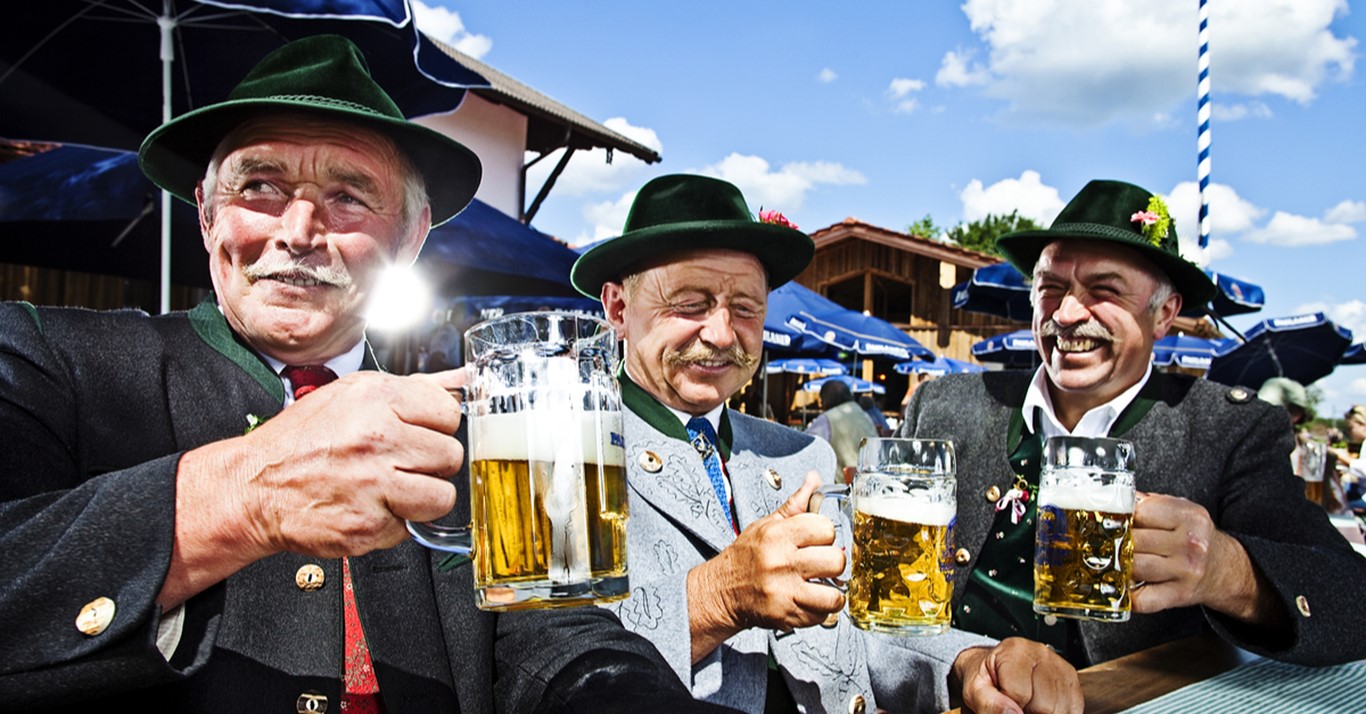 The Top 5 Beer Halls and Gardens in Munich

Get ready to swing your beer steins with ruddy-cheeked locals when you’re in Munich.. The city hosts the legendary Oktoberfest every September, but even if you are not visiting the Munich beer festival, you can still enjoy a knees-up in a traditional beer hall or a beer garden and experience a traditional Bavarian beerhouse

In the centrally-located Hofbräuhaus, regulars keep their beer steins in their own lockers and pay for their beer using a biermarke or token – one token for one Mass of beer but unlike money, it doesn’t lose any value over time. Every night, a Bavarian band plays, people sing and give a toast to one another amidst a cheerful atmosphere.

Right opposite Hofbräuhaus is Augustiner am Platz. Not to be confused with other beer halls of the same name, this one belongs to Augustiner-Bräu, Munich’s oldest independent brewery which has been brewing since 1328. Inside, waiters still pour the brewery’s famous Lagerbier Hell (a light lager) from traditional wooden barrels.

Around the corner from Stiglmaierplatz metro station is Löwenbräukeller, a microbrewery with a beer hall and a lovely beer garden. This is one of a handful of venues participating in the lesser-known Starkbierfest (Strong Beer Festival) which happens every March where very strong beer, Bavarian music and traditional costume all come together to create a perfect mix, an experience you’ll not easily forget.

A quintessential English country garden often has a tea house, but in Munich, it has a Chinese pagoda and a beer garden with 7,500 seats in both self-service and served areas. Beer barrels are transported by horse-drawn carts in this massive 910-acre garden – which is about one-and-a-half-times larger than Hyde Park.

A beer garden on an island which can only be reached by bike or foot, Zum Flaucher is a little gem which attracts young buzzing crowds who also come to explore the woodlands, swim in the Isar river, sunbathe, or watch a football match on the large screen behind the beer garden. Pro tip: pair the beers with the freshly-made Auszogne (fried dough pastry) sold by the food stall. Prost!

If these Munich beer halls are taking your fancy, then wait until you see what else Munich has to offer. Take a look at Munich's destination guide and get lost in this city of traditional German beer halls, where culture and entertainment collide to create a bustling cosmopolitan playground.