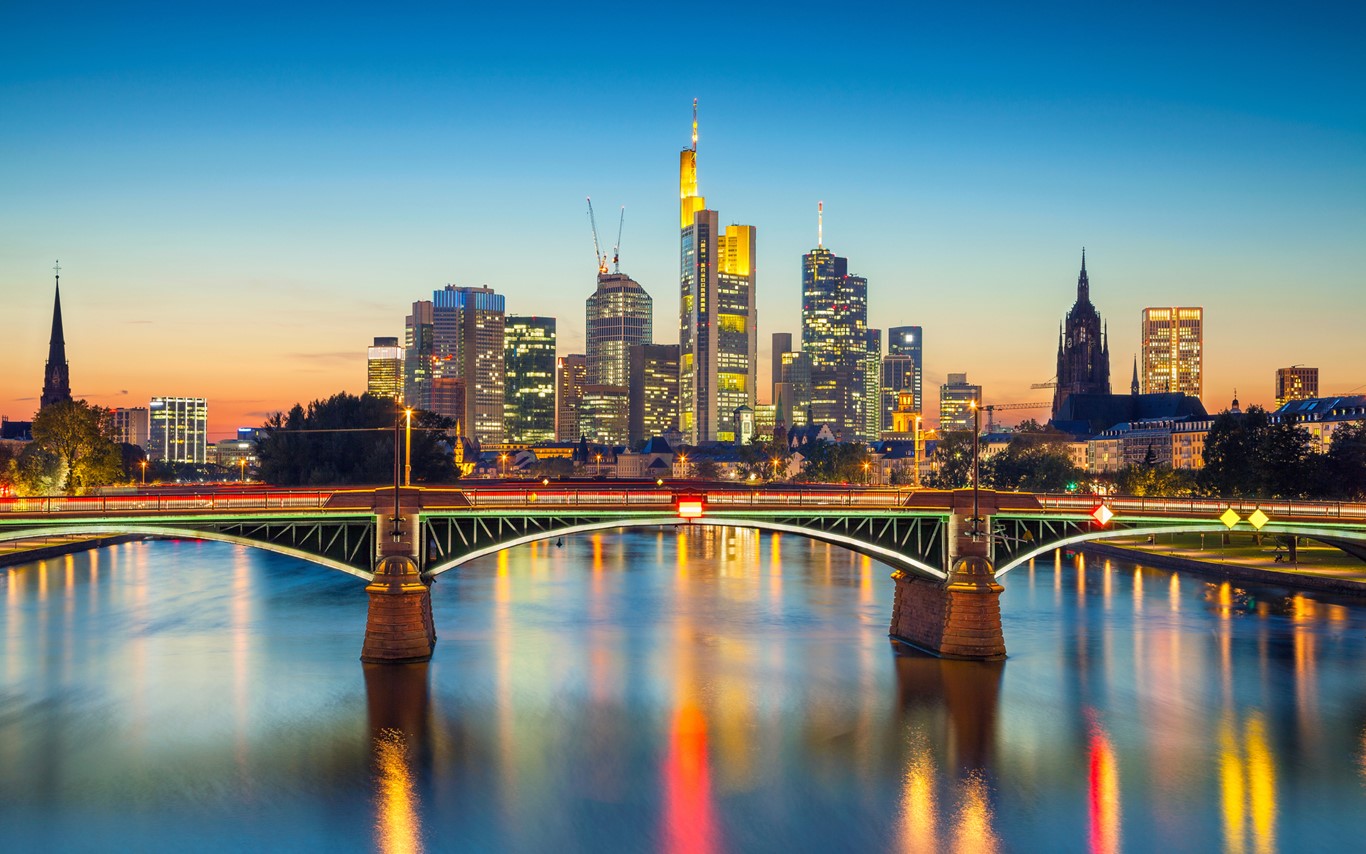 We've put together this quick Frankfurt travel guide full of hints and tips of where to visit.

Frankfurt, Germany’s financial powerhouse, is made of more than just stocks and shares. Spreading out on both sides of the Main River, the city beautifully blends the old world with the new. Hop on a short flight from Glasgow to Frankfurt and you will be greeted by over thirty museums, several fantastic shopping areas and centuries-old neighbourhoods alongside gleaming skyscrapers.

Any art-lover will feel right at home in Frankfurt. The city boasts some of Europe’s most stunning museums including the Stӓdel (Schaumainkai 63), which is the oldest museum in Germany. Its collection dates as far back as 700 years and features notable artists like Jan Van Eyck and Claude Monet. The Goethe House (Großer Hirschgraben 23-25) is another Frankfurt must-see. This is writer Johann Wolfgang von Goethe’s restored childhood home and right next door is the Goethe Museum. Another gem is the Alte Oper (Opernplatz 1), Frankfurt’s Old Opera House, which features a splendid late-19th-century exterior, a modern interior and magnificent musical performances.

Despite its dominance in Europe’s financial sphere, Frankfurt has maintained a sense of endearing individuality. Some of its quirkier attractions include the Waldspielpark Goetheturm, a hidden woodland playground. Old Sachsenhausen is another charming neighbourhood with old-fashioned apple wine taverns lining its narrow cobblestone lanes. Outside the restaurant Frau Rauscher Apfelweinwirtschaft, you will find the famous Frau Rauscher Fountain, named for a brazen apfelwein thief whose statue now “spits” water at unsuspecting passers-by.

Frankfurt’s financial power is on full display in its shopping options, some of Europe’s best. At the Zeil, Frankfurt’s premier pedestrian promenade, shoppers can peruse high-end brand stores from around the world. At the heart of it stands MyZeil, an impressive glass-and-steel shopping mall with 52,000 metre-square of retail space. Those seeking something a little more unique will enjoy the eclectic collection of local clothing designers on Bridge Street (Brückenstraße). For bargain hunters, the flea markets at the Saschsenhausen riverbank and Osthafen (they alternate every two weeks) are ideal for bric-a-brac. At Christmastime, the beloved Christmas market is a fine place to stock up on all your festive needs.

As international crowds flock to Frankfurt, the city’s restaurant scene is diverse and vibrant. From dining in a Michelin-starred restaurant to enjoying a Frankfurter Würstchen (German sausage) from a street vendor, there is something to suit every budget and taste. The must-try regional specialities include Handkäs mit Musik (sour milk cheese), Grüne Soße (green sauce made from seven fresh herbs, the best companion for hard boiled eggs) and Frankfurter Rippchen (pork ribs with sauerkraut). When it comes to drink, German beer needs little introduction and apfelwein (apple wine) is a staple in Frankfurt. Prost!