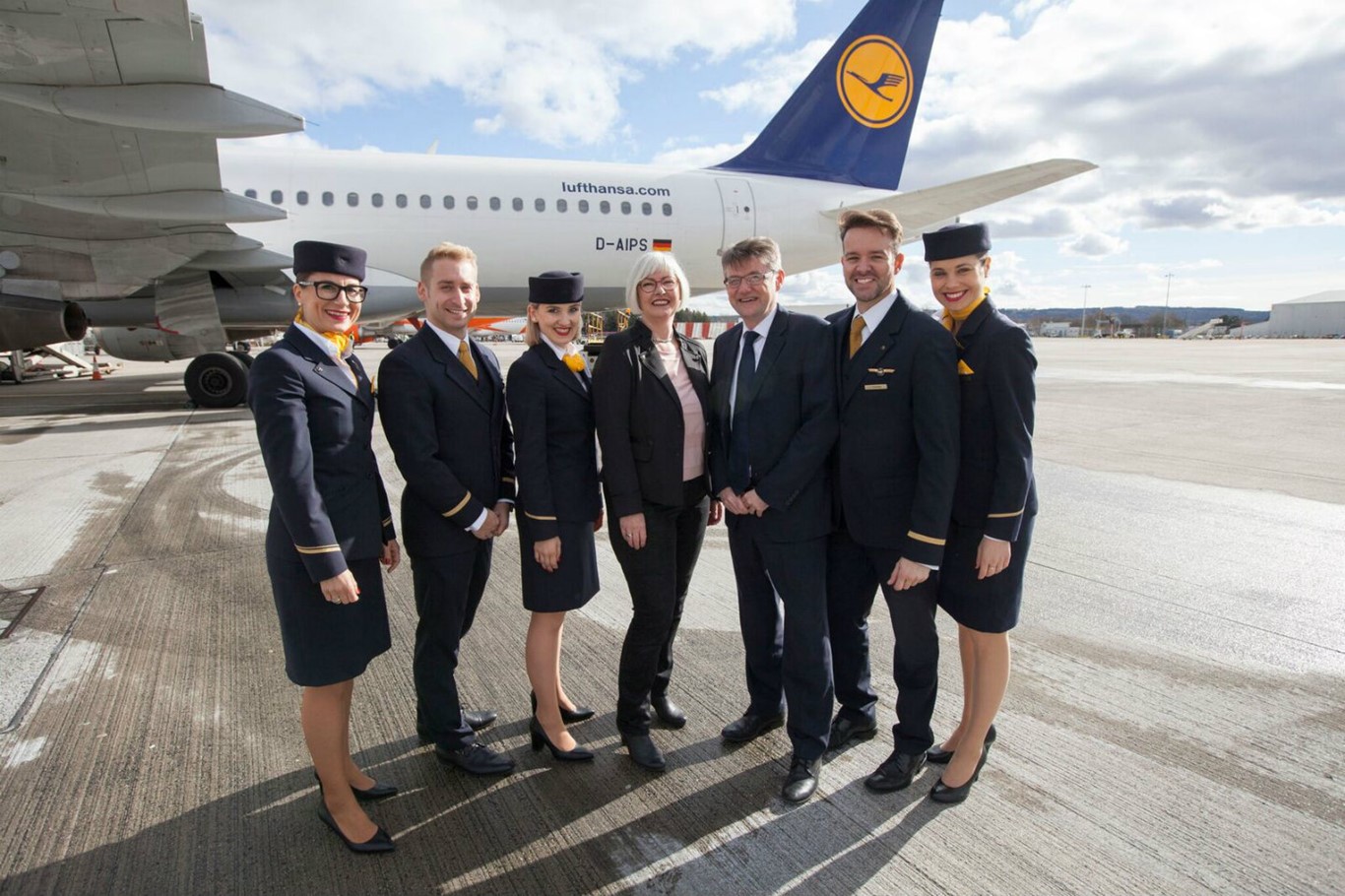 Lufthansa has further expanded connections between Glasgow and Germany with a new daily flight to Frankfurt.

Lufthansa already flies from Glasgow to Munich five times per week on Monday, Wednesday, Friday, Saturday and Sunday, and the new route to Frankfurt further underlines the airline’s commitment to Glasgow. Lufthansa serves Glasgow Airport with its modern fleet of Airbus A320s.

Announcing the new flight, Andreas Koester, Senior Director Sales UK, Ireland & Iceland, Lufthansa Group, said: “This new daily service opens up a huge number of business and leisure opportunities to Scottish passengers. Not only does it provide access to one of Europe’s financial capitals, but it also introduces new options for onward travel to hundreds of worldwide destinations.

“Passengers are now able to travel to both Frankfurt and Munich, giving them more flexibility and increased connections to numerous destinations in our large, multi-hub network.  We have been able to increase Lufthansa’s flight offer at Glasgow from a single weekly service to 12 flights a week in just six months. This level of growth is almost unprecedented and underlines the importance of Glasgow Airport within the Lufthansa worldwide network.”

Francois Bourienne, Glasgow Airport’s Commercial Director, said: “We are thrilled to welcome the first passengers on Lufthansa’s new daily Frankfurt service today. The route will not only continue to link two cities that share much in common, but provide access to one of the airline’s key international hubs where our passengers can connect onwards to hundreds of destinations worldwide.

“Frankfurt is one of the world’s leading financial hubs and home to the European Central Bank, while Glasgow is referred to as Scotland’s economic powerhouse. This daily Frankfurt service also builds on our growing links with Germany, which currently includes Lufthansa’s other popular Munich route launched last October, and provides scheduled flight times designed to complement onward travel from both airports.”

As well as providing Lufthansa’s Scottish passengers with daily access to Germany, the new Frankfurt flight enables Glasgow passengers to access onward connections to the airline’s worldwide network of 209 destinations in 74 countries through its Frankfurt and Munich hubs. In addition to Lufthansa’s flights to its hubs in Frankfurt and Munich, Lufthansa Group’s point-to-point airline, Eurowings, connects Scotland’s biggest city with Düsseldorf, one of its main bases that offers connections to 33 destinations. Until now, 80 percent of Lufthansa passengers travelling between Glasgow and Germany have been foreign visitors to Scotland, representing a great boost to Scottish tourism and industry.

Glasgow Chamber of Commerce chief executive Stuart Patrick said: “We warmly welcome the addition of this service by Lufthansa, having identified Germany as a highly important target for overseas trade and for attracting inward investment to Glasgow.

“Frankfurt is a principal German city, with an airport that is one of the top three hubs on the European mainland, giving access to markets worldwide. It will be a source of opportunities for our business community as they travel the globe in sectors such as food and drink, engineering and financial services.”