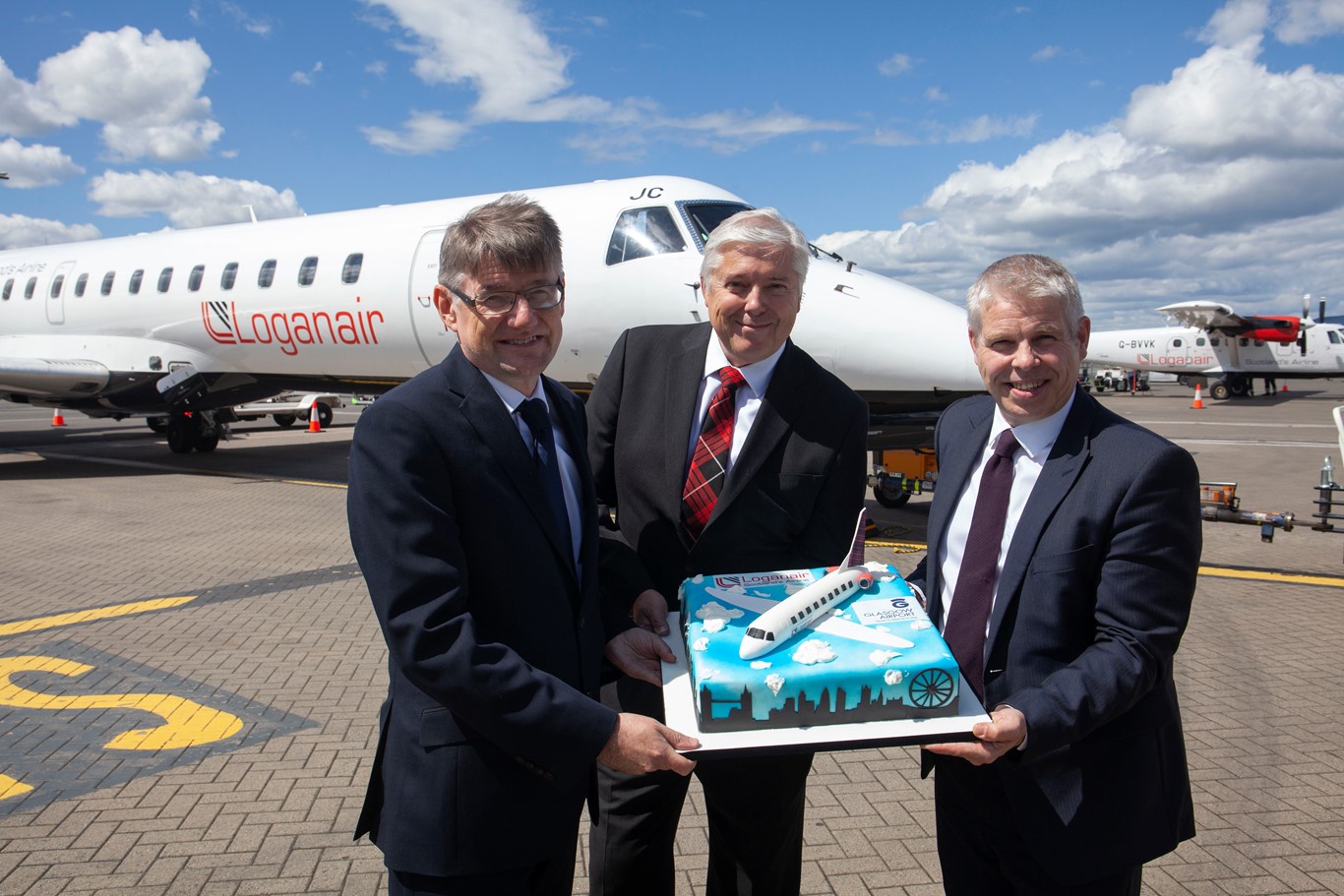 A new air route between Glasgow and London Southend Airport has been launched by Loganair.

The airline has launched three non-stop flights every weekday alongside a selection of weekend services, operated by its fleet of Embraer 145 regional jet aircraft.  As well as an early morning ‘red-eye’ service, the schedule has been designed to enable a full working day in London before an evening trip home.

Journey times are just one hour and 20 minutes from Glasgow, followed by a short 53-minute train service directly into central London’s Liverpool Street station from the airport’s modern, purpose-built station just 100 paces from the terminal.

London Southend Airport has been voted the Best Airport in the UK by Which? Magazine for five years in a row, while Loganair was named Airline of the Year by the European Regional Airline Association.

Loganair’s Managing Director Jonathan Hinkles said: “These new air services are the ideal gateway to London and the Southeast. The schedule is created to offer maximum flexibility for business customers, and as the only airline to offer an inclusive baggage allowance, onboard service and attractive frequent flyer scheme within our lowest fare, we’re offering a more inclusive and rewarding way to travel to the city of London.

“We encourage travelers flying to London to consider London Southend amidst other London Airport’s -  it is an airport some will be less familiar with in Scotland, but it is an incredibly convenient and well connected one for the city of London that should be tried - voted as London’s Best Airport by Which? Magazine for good reason.”

“The airport is the ideal way to travel south, connecting to London’s Liverpool Street station via its own railway station just 100 steps from the terminal door served by up to five trains into the city every hour.”

Paul White, Head of Aviation at Glasgow Airport, said: “Loganair’s decision to introduce this London Southend route is a landmark moment for the airline and welcome news for our passengers.

“London continues to be our most popular destination, so the introduction of these new services from Scotland’s airline provides our leisure and business passengers with even greater choice when visiting what is one of the world’s most iconic and exciting city destinations.”