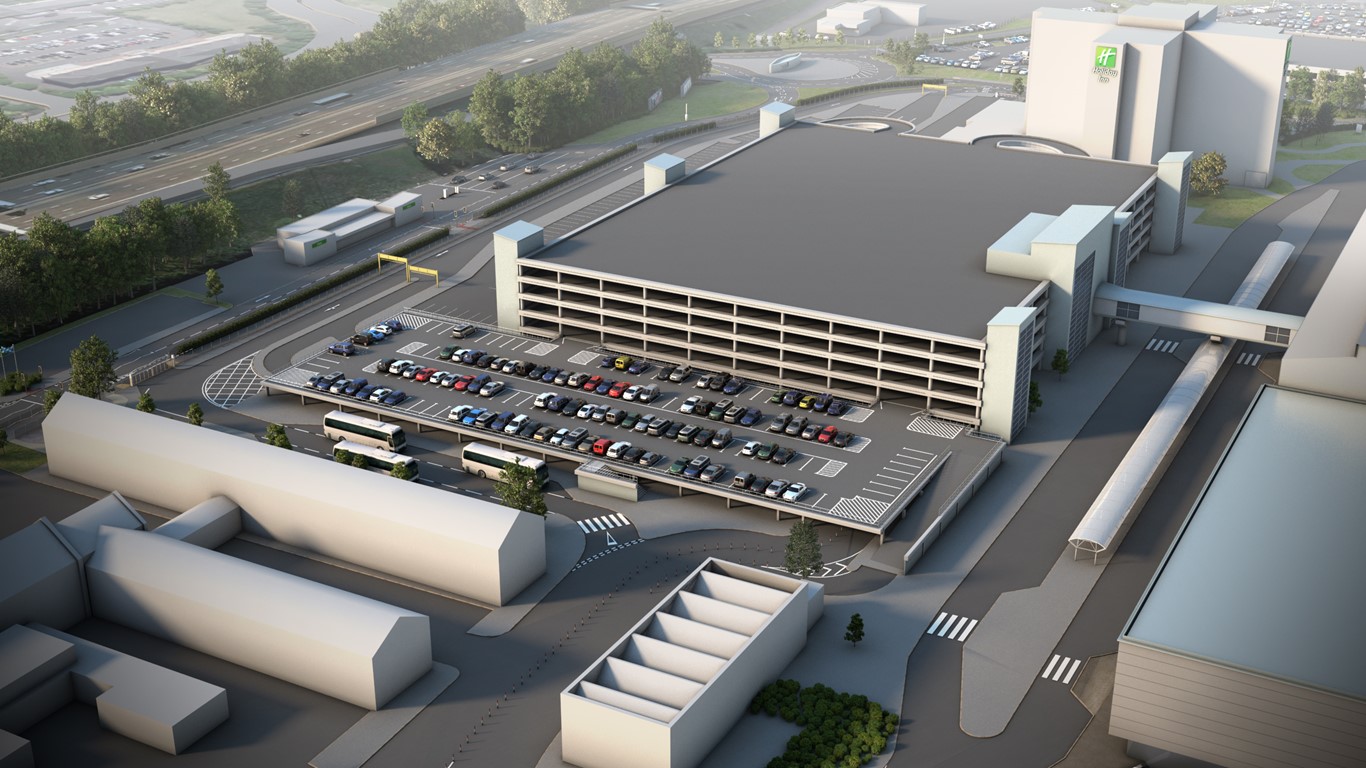 Glasgow Airport has unveiled plans for a dedicated pick-up and drop-off facility as part of a wider scheme of works aimed at reducing congestion and improving the flow of traffic on the airport's road network.

The current pick-up and drop-off areas will move to the ground floor of the new facility which will be located directly opposite the main terminal building. Construction work is underway and the new facility will open to the public at the end of April.

For the first time, the airport will introduce a charging structure for drop-off with customers paying £2 for a stay of up to 10 minutes. A pick-up fee has been in place since 2010. Anyone wishing to use the new combined pick-up and drop-off facility for more than 10 minutes should continue to use the short stay car park. There will be no change in the current arrangements for blue badge holders who are entitled to up to 30 minutes free parking in the short stay car park.

The airport will continue to offer a free pick-up and drop-off area which will be located in the long stay car park. Customers can park for free for up to 30 minutes and a shuttle bus, which takes approximately five minutes and runs every 10 minutes, will take customers directly to and from the main terminal building.

Amanda McMillan, managing director at Glasgow Airport, said "This investment represents one of the most significant upgrades to our road network in over 10 years. In addition to addressing the very real issue of congestion, it will allow us to accommodate the marked increase in vehicles now using our road system and deal with recent and expected growth.

"It has been apparent for some time that our current drop-off area, which suffers from severe congestion on a daily basis. is simply no longer fit for purpose, It was implemented at a time when we were carrying 6.5 million passengers, however, we have since enjoyed sustained growth and are now fast approaching the 10 million mark.

"It is also the case that people traveling to and from the airport are wholly dependent on road access and the current arrangements are unable to cope with such a large volume of traffic. It is important, therefore, that we have a safe and efficient system in place.

"I appreciate that not everyone will be supportive of the new charging structure, however, we will always continue to provide a free option. We have resisted introduction a drop-off charge despite most airports of our size having similar arrangements in place for many years, however, having exhausted all possible alternatives we have now reached a point whereby a chargeable facility is the only way to address congestion, discourage non-airport traffic and encourage the best use of our road network."

A further £4 million is being invested in a new consolidated car rental centre which will house all the rental companies that currently operate from Glasgow Airport namely Avis, Budget, Hertz, Europcar, Enterprise and Dollar/Thrifty. The centre will open on 13 February and is located next to terminal two.