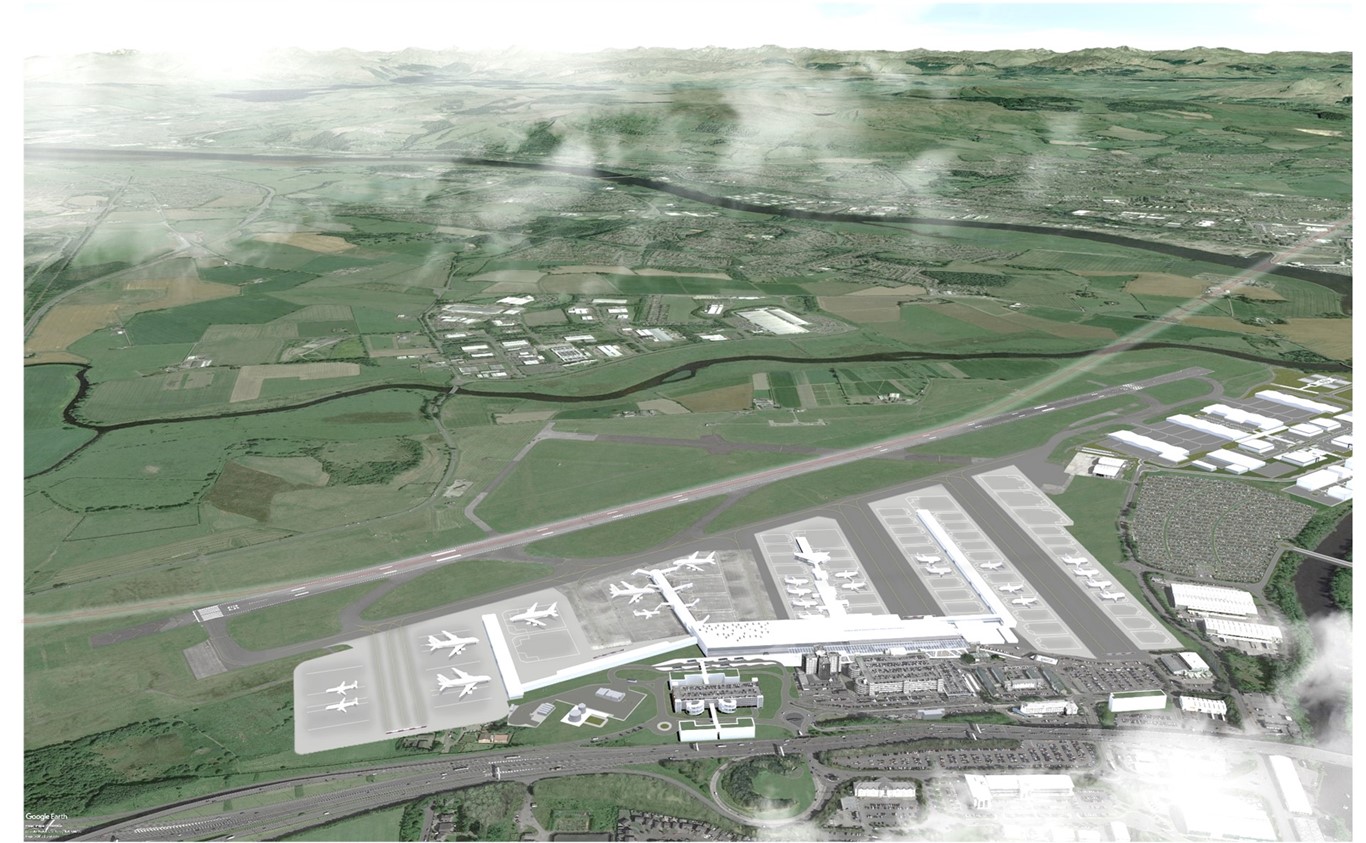 An economic impact study has confirmed the valuable contribution Glasgow Airport makes to the Scottish economy.

The study reveals the airport, which welcomed 9.7 million passengers in 2018, generates in excess of £1.44 billion (GVA) annually and supports more than 30,000 jobs across Scotland.

Produced by economists York Aviation, the study also outlined that if Glasgow continues to grow as forecast in its Master Plan the airport would contribute £2.54 billion (GVA), support over 43,000 jobs and welcome 17 million passengers annually by 2040.

The study also confirms Glasgow’s critical role as a gateway for global exports and imports, with the airport handling more than £3.5bn in goods in 2017.

Mark Johnston, Glasgow Airport’s Managing Director, said: “This study confirms the huge economic benefits the airport generates for the city and Scotland each year. With a total annual economic impact of £1.44 billion supporting over 30,000 jobs nationwide, the findings are very encouraging and show that when Glasgow Airport succeeds Scotland shares the benefit.

“These findings are hugely significant and we want to continue to grow in a sustainable and responsible manner. We have invested more than £130 million in our facilities since 2011 and have a strategy in place through our Master Plan to put us on the path to becoming a 17-million passenger airport by 2040. By this point, the airport would also support a further 13,000 jobs and generate an additional £1.1 billion annually.

“We can’t do this on our own and it is imperative that through the ongoing support of our city and national partners we ensure Glasgow Airport continues to thrive and deliver for Scotland. To do this we also need to address the current constraints such as motorway congestion and delivering the planned rail link.” 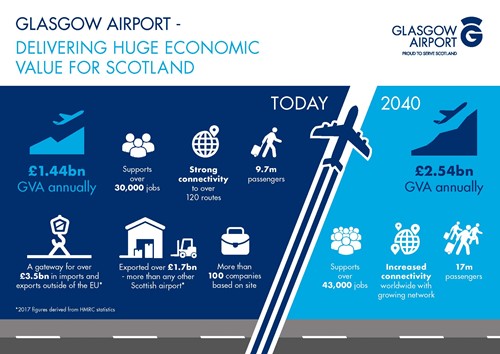 The study has been produced to inform Glasgow Airport’s 2040 Master Plan, which will be published for public consultation later this year.

Read a summary of the Economic Impact Study