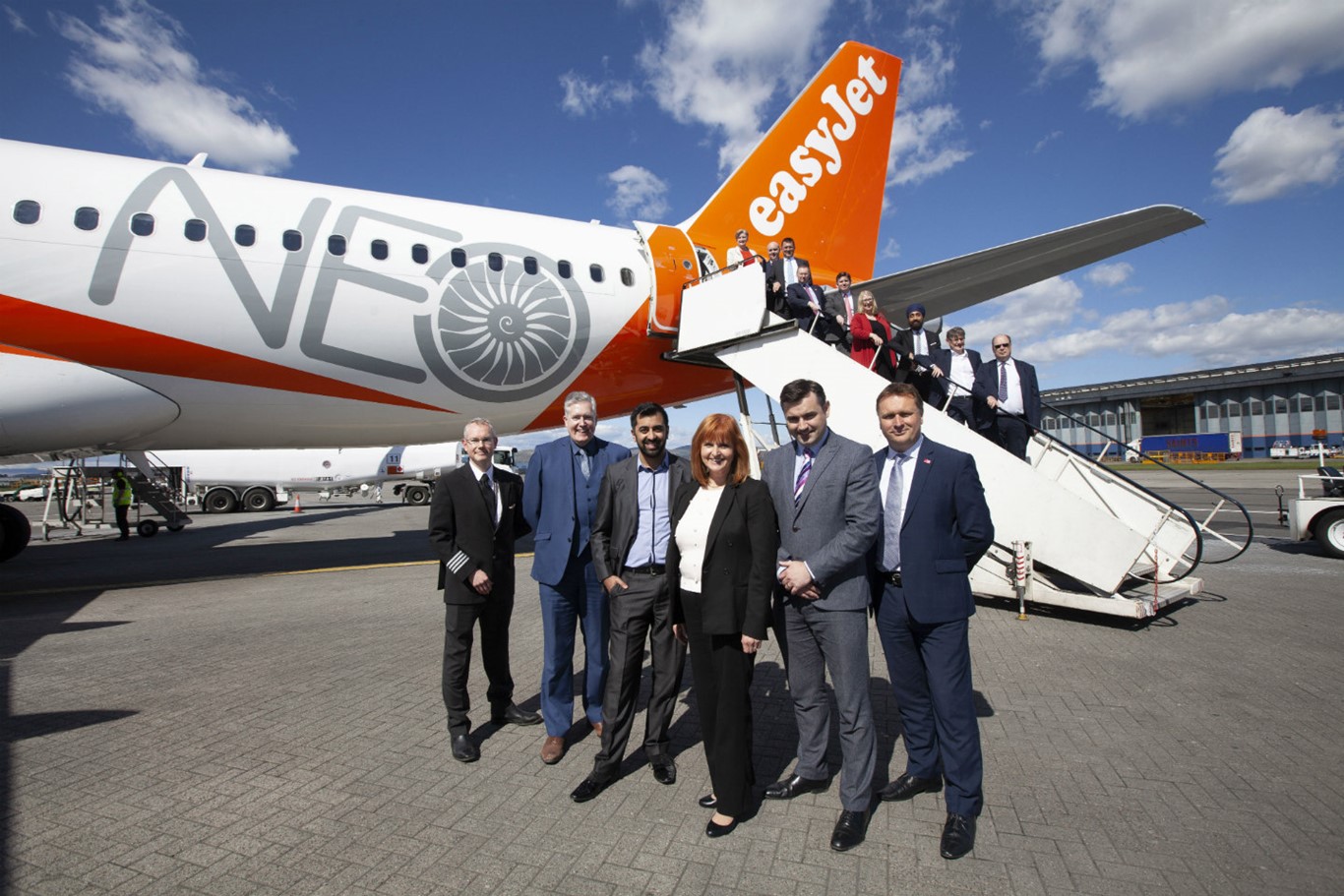 The neo brings significant environmental and operational benefits – up to 15 percent savings in fuel burn and CO2 emissions, and a reduced noise footprint of 50 percent on take-off and landing phase. Crucially, this means the quieter aircraft minimises its noise impact on local communities.

Over 22 years ago, easyJet’s first ever flight, EZY121 took off from London Luton for Glasgow and since then easyJet has remained committed to the airport by maintaining a continuous operation. The airline continues to see strong growth at Glasgow and now has an unrivalled network of 19 routes and bases four aircraft at the airport.

easyJet’s diverse portfolio of routes in Scotland caters for outbound and inbound demand. Passenger traffic is an almost equal split in directionality with nearly half of passengers travelling inbound to Scotland delivering significant investment into Scotland. The airline is excited to be introducing the neo aircraft to some of these routes this year, as the airline’s fleet of A320neo aircraft increases.

Since 2000 easyJet has reduced its carbon emissions per passenger, per kilometre by over 32%. Its current target is a 10% reduction from its financial year 2016 performance by 2022, which would be a 38% improvement from 2000.

Minister for Transport and the Islands, Humza Yousaf MSP said:  “It’s great to see Glasgow Airport hosting the launch of this advanced aircraft and I’m delighted to be involved in this exciting event.

“The environmental credentials of the A320neo are eye-catching, bringing significant reductions in both CO2 emissions and noise. This development is very welcome as we look to balance sustainable growth in Scotland’s aviation sector with our responsibilities to the environment and local communities.

“I congratulate both easyJet and Glasgow Airport on this project and will follow it with great interest.”

“We are very pleased to have continued to deliver a reduction in the amount of CO2 we emit and look forward to reaching our target of 77 grams by 2020. By using modern Airbus aircraft and flying them efficiently we have reduced the carbon impact of our flights by a third since 2000.

“We are delighted to be showcasing our new Airbus A320neo in Glasgow today. easyJet is the largest airline in Scotland carrying almost one in three Scottish travellers and in calendar 2018 will grow further with an increase in the number of seats on sale of around 5% to over eight million. We’re committed to finding ways to increase efficiency, for example by incentivising higher load factors as well as the use of modern and efficient aircraft like the Airbus A320neo.

“The A320neo is also 50% quieter during take-off and landing, which is hugely important to easyJet as it minimises our impact on the local community.

“Next summer, easyJet will also introduce the 235-seat A321neo which will enable easyJet to continue to deliver growth in slot-constrained airports and deliver a further improvement in CO2 per passenger kilometre.”

“Our long-standing relationship with easyJet dates back to November 1995 and the airline’s first-ever flight from London Luton Airport, so we’re thrilled to see this latest arrival touch down in Glasgow.

“The Airbus A320neo brings with it significant environmental and operational benefits and easyJet’s decision to operate this revolutionary aircraft underlines the airline’s continued commitment to operate both efficiently and sustainably.”

easyJet’s biggest impact on the environment is its fuel consumption and the associated carbon emissions and that is why the airline is currently working on several projects with the aim of continuing to significantly reduce its carbon footprint.