Discover what Tampa has to offer 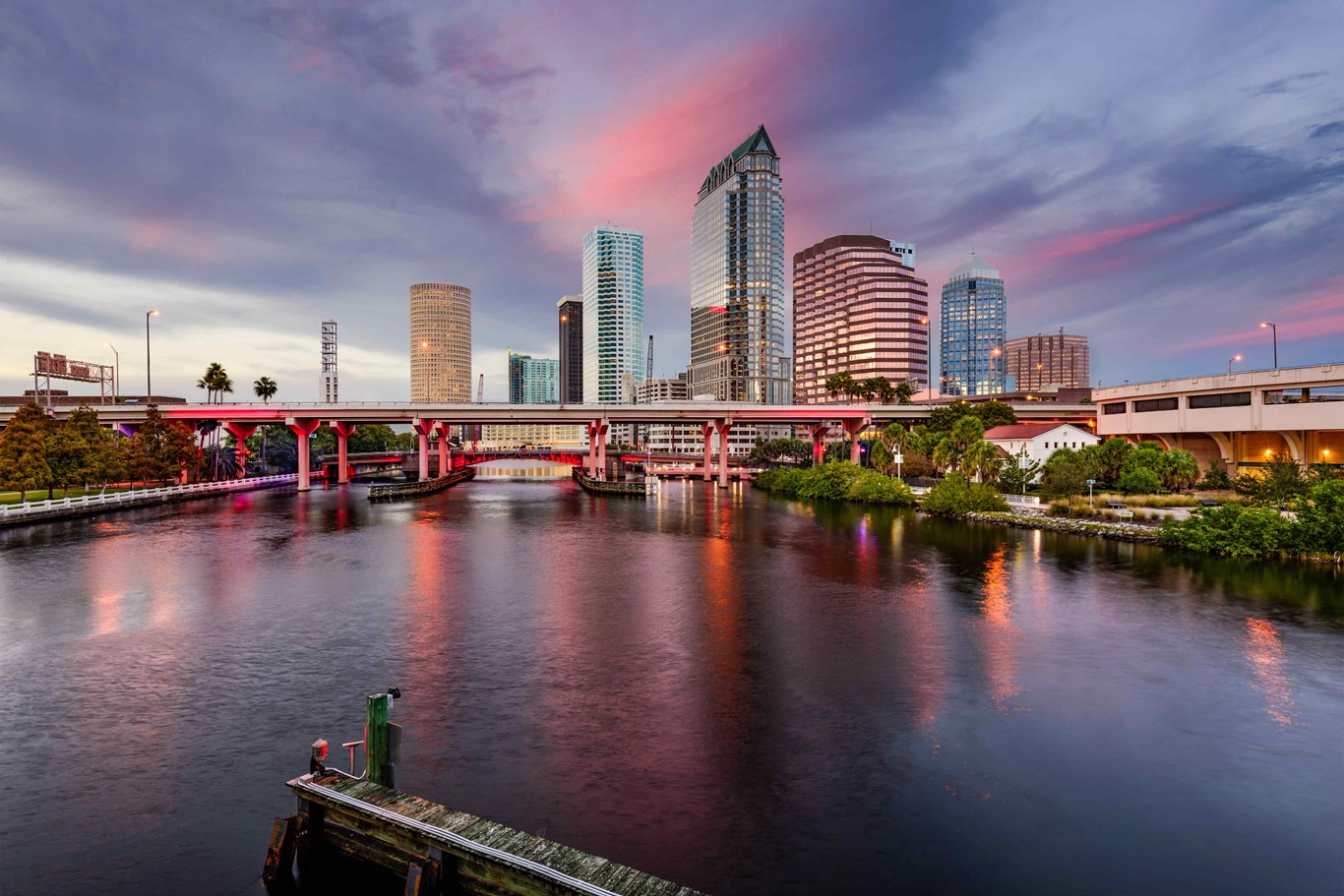 Tampa is the gateway to some of the best scenery Florida has to offer and adjacent to breathtaking Mexico Bay. The city is well known for its tourism and stunning beaches in towns such as Clearwater and nearby cities of St. Petersburg and Sarasota.  There are a vast number of visitor attractions, watersport activities and nature reserves.

Just a 40-minute drive away from Tampa, Clearwater Beach has immaculate beaches and inviting waters. A whole raft of water-based sporting activities are available here and Caladesi Island, off the north end of the beach.  At the Clearwater Marine Aquarium, you will also find Winter the Dolphin, star of the movie Dolphin Tale. Winter swims with a prosthetic tail and the movie struck a chord with adults and children around the world who now travel to visit her.

The biggest tourist attraction in Tampa is the world-famous Busch Gardens a 335-acre 19th-century African-themed animal theme park. The park officially features 15 rides, including 8 roller coasters and 2 water rides alongside a selection of African wildlife in large safari-style enclosures. The newest roller coaster at Busch Gardens, Cobra's Curse, opened in June 2016 with rave reviews and this theme park ranks 11th in the USA for visitor numbers out of all the attractions in America.

Animals include rhino, cheetahs, elephants, meerkats, gorillas, penguins and giraffes.  In true American theme park style, there are a whole host of shows and special events for the children too.

One of their famous demonstrations is the Cheetah run where visitors can meet cheetahs up close and see them in action.  One of Cheetah Run's most notable residents is Kasi, a male cheetah, who grew up with Mtani, a female Labrador Retriever, from 2011 to 2013 when they were young and they have featured on many documentaries and tv shows around the world. Mtani now lives with a zookeeper and Kasi now lives with a female Cheetah but they were a sight to behold.

Next to Busch Gardens is Adventure Island, its sister waterpark. Adventure Island has a relaxed Key West vibe with pool-side cabanas contrasting with corkscrew slides, waterfalls, a giant wave pool, a rambling river, and other family attractions providing hours of sun-drenched watery fun.  Together with Busch Gardens, they are the largest visitor destinations in Tampa.

It’s not all thrills and spills though, if food and drink is more your thing then Tampa Bay has a burgeoning craft beer scene with a “brew bus” you can hire to drive you between the different breweries.  New food halls launched in the city in 2017 include the Hall on Franklin and Armature Works, both historic buildings that have been reborn as modern eateries.  Creative chefs here have earned Tampa Bay a spot on every foodie’s must-try list.

Icelandair will begin flights to Tampa twice a week (on Wednesdays and Sundays) from September 7th 2017 from Glasgow airport via Reykjavik.  Book online at www.icelandair.com.