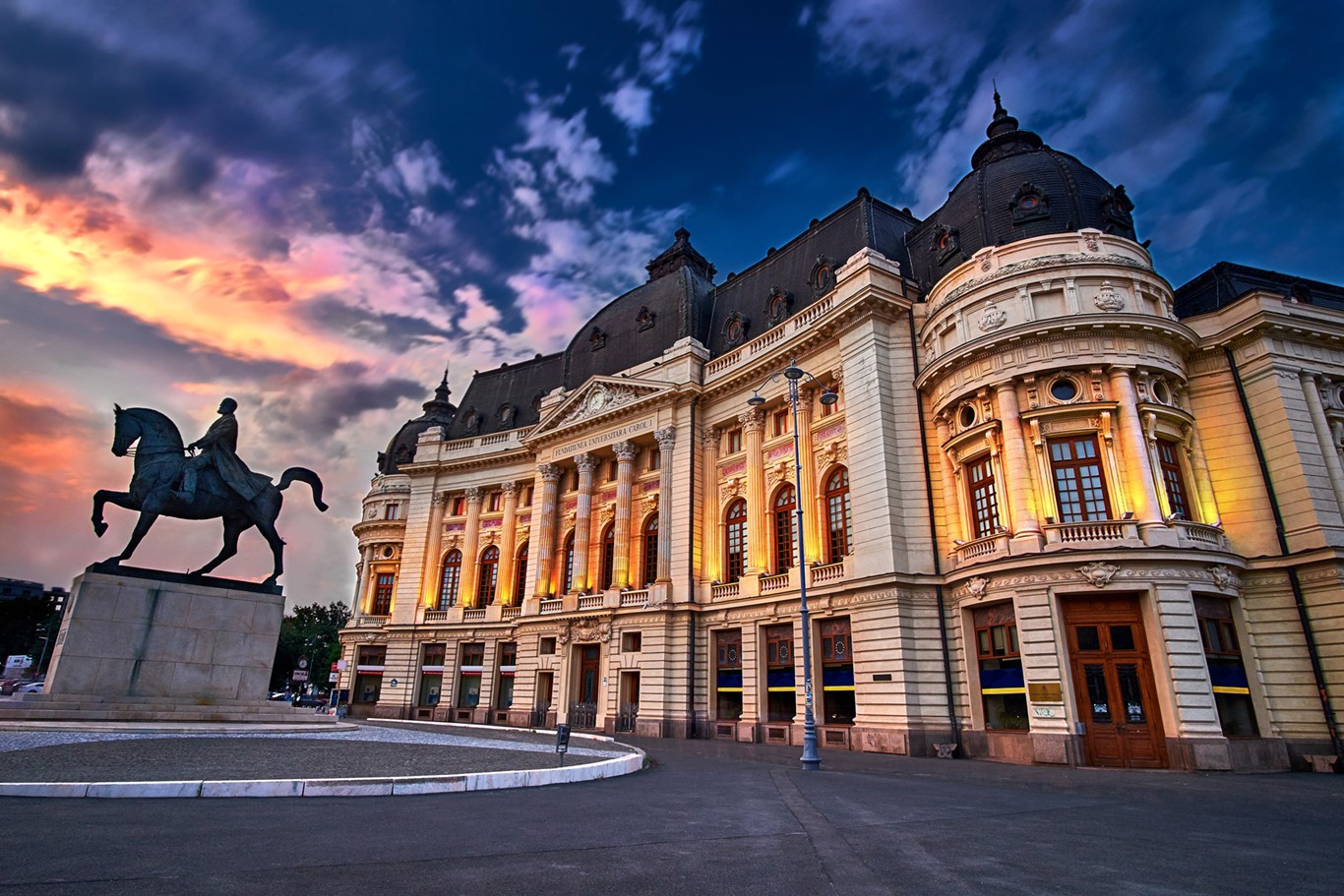 Romania’s capital has never been cooler, with an increasing offering of funky bars, pavement cafés and kooky clubs now rivaling its traditional cosy drinking dens. If you’re raring to let your hair down then a holiday to Bucharest from Glasgow Airport is the perfect opportunity.

Kick off your night on the tiles with a few hours of lounging and people watching in one of the city’s lively pavement cafés. Gradina OAR (Strada Arthur Verona 19) is the place to see and be seen throughout the summer months – a paradisiacal garden café with an impressive range of ice tea flavours and regular live music acts. If the weather is less than perfect, head instead to the cosy Grand Café Galleron (Strada Nicolae Golescu 18A) and linger over a strong coffee until late in the evening.

See the city without leaving your chair at the viewtastic Sky Bar (Calea Dorobanti 155). This upmarket joint dominates the top floor of a Dorobanti building and wows its customers with slick décor, an impressive cocktail menu and plenty of after-hours events. There’s more rooftop action to be had at some of Bucharest’s top hotels, with a scenic lounge bar on the 21st floor of the InterContinental Hotel (Bulevardul Nicolae Bălcescu 4) and a charming terrace on top of the Domenii Plaza Hotel (Strada Alexandru Constantinescu 33).

Make mine a pint

If cocktails and cafés sound a little too swish for your liking, then there are still plenty of excellent boozers clustered around the city centre. Check out the incredible selection of craft beers at Beer O’Clock (Strada Gabroveni 4), get your fix of Guinness and football at famed Irish bar The Dubliner (Soseaua Nicolae Titulescu 18) or join the locals at unpretentious town centre pub Oktoberfest (Strada Șelari 9-11).

Fancy boogying to some live tunes? Green Hours 22 Jazz Club (Calea Victoriei 120) is an unapologetically old school jazz bar that hosts live music almost every night of the week – not to mention a big jazz festival in the spring. Plenty of city centre clubs also put on regular live nights with bands playing everything from metal to pop. Try Oldies (Strada Ion Câmpineanu 16) for local acts and a mellow feel, or the tucked-away basement of Mojo (Strada Gabroveni 14) for jazz, rock and folk.

When it’s pushing midnight but you still want to party, join the cool crowd at one of Bucharest’s downtown dance clubs. La Muse (Strada Lipscani 53) is one of the hippest hotspots, attracting bright young things from around Europe with a constant line-up of top DJs. Control (Strada Constantin Mille 4) is another gem – a pub-cum-club with a laid-back indie vibe and a mainly local clientele. If you’re a fan of Mediterranean-style super clubs then the day-and-night action at Player Club (Aleea Primo Nebiolo 1), where much of the fun takes place around the swimming pool, will inject a little sunshine into your party plans.